Posted on August 24, 2018 by accidental fosterer

I’ve felt like I’m auditioning for My Fair Lady when I’m calling the vets this week for appointments.

We’ve had Hecate, Herbie, Hector, Harvey and Henry booking in for their second vaccs …. and then Harold arrived and got an appointment for a health check and start his vaccs and then hanother to be hneutered and hchipped.

Harold arrived about 10 days ago.  Well … actually he arrived some weeks/months ago and went away again … so let’s start the story from there:

We arrived home one day to find that Stanlie (our regular stray who is waiting a rescue place) had been joined by a very handsome tuxedo cat.  We was very friendly and hungry.  So I went indoors to get some food and the microchip scanner.  No chip and not neutered, but at least he was fed and it was warm and dry outside. We had no space to take anyone in, or Stanlie would have been in.  Set to work checking lost and found ads.

These are just a couple of posts about him … there were more. They also got confused with a friendly cat who does have a home but likes to drink and socialise in the Brothers Arms .. well … who wouldn’t.

Before we could make any serious headway in finding an ‘owner’ Mr handsome Tuxedo had gone from here again. I suspect Stanlie had a quiet word about it being his patch. Over the weeks we’ve seen various posts about him, lots of lovely people caring about him and feeding him but no one saying he was their cat and no one else able to take him in properly and foster while we got him sorted out.

on our door step

If you’re following the thread of the story over the last few weeks  … you’ll know that Hecate moved into a foster home, her kittens moved downstairs, Isaac and Theo moved into the bigger rescue room that The H family had vacated, and we had a space. I contacted some of the lovely people who had been looking out for him, managed to locate him, they got him indoors and I went to pick him up.   I wouldn’t have given him another H name but they’d been calling him Harold and it kind of stuck. 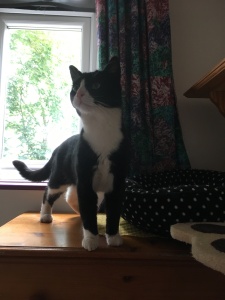 I think there were mixed emotions arriving in rescue. Stressful to suddenly be confined to a smaller space. However for several days he just ate and slept and I’m sure he was glad to be indoors and safe and know he had a regular supply of food. 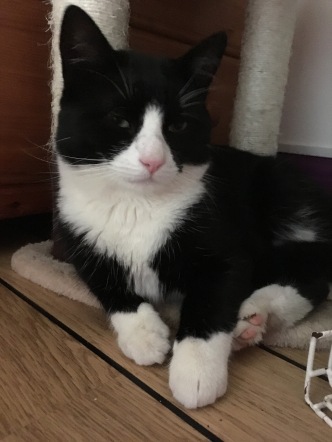 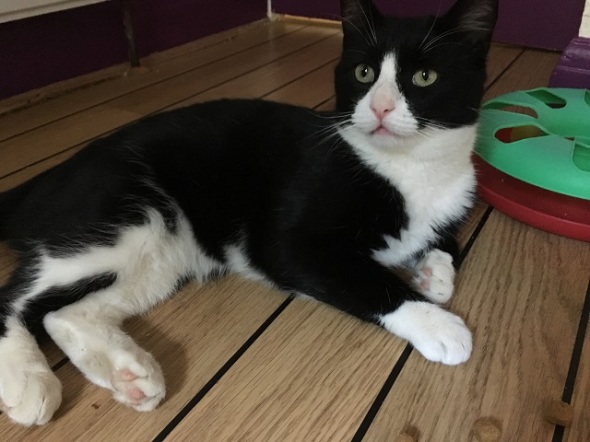 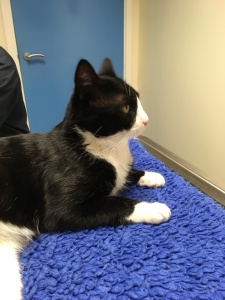 We’re working on getting a better photo now to give his adoption ad a bit of a boost. 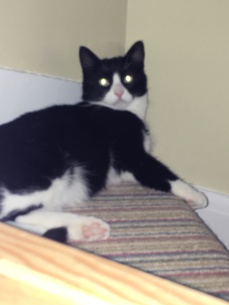 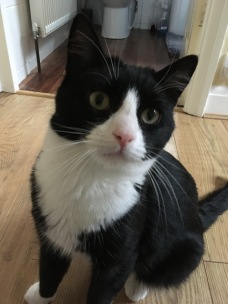