Holidays … ? (in praise of cat sitters)

Posted on December 19, 2019 by accidental fosterer

It’s been a long haul through the summer … and autumn.    Ailbhe and her 7 kittens, Squiggle & Raven and their 7 kittens, Jette and her 5 kittens, plus several others who aren’t part of these huge families.   I’m not complaining – they’re all very lovely cats, and we’ve had some awesome adoptive parents joining our 8 Lives family.   However it’s meant homechecks / visitors /takings to new homes almost every weekend day for the last 6 months, vet trips after work one or two evenings every week … plus vet trips before work too when they’ve gone to be neutered.  And the cleaning! OMG! The hours of cleaning! 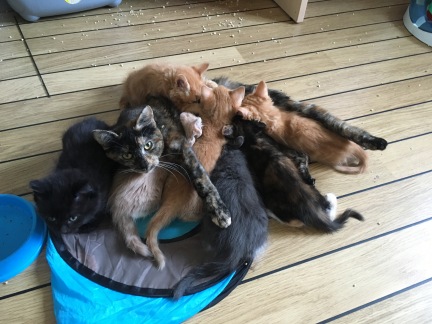 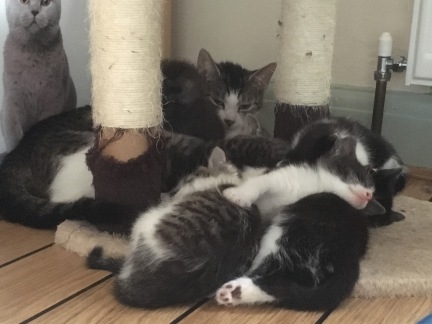 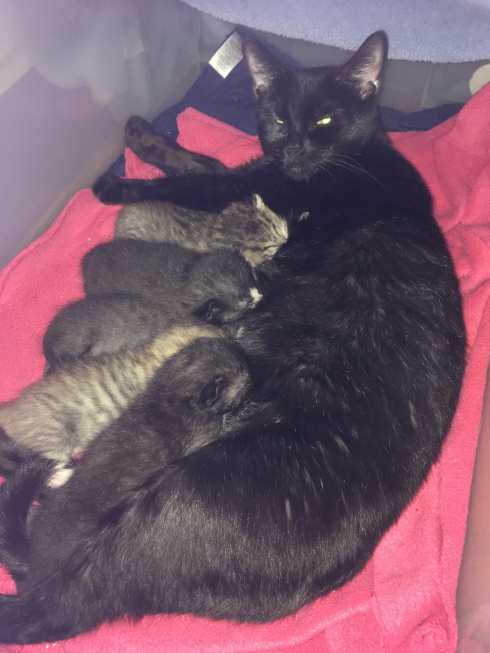 I’ve watched all my colleagues and friends going off on summer holidays but been happy to hang on knowing I have MY holiday coming in November.   A visit to my lovely friends in Singapore and a few days exploring Laos … what could be better?   It took a lot of planning, making sure everyone had enough medication and food, checking all the cats in foster had sufficient supplies, timing the cleaning so things were at their best ready for cat sitter to take over. 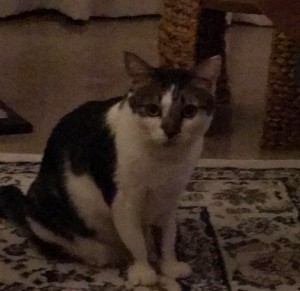 Freyja: one of my best friends in Singapore

At times it seemed like it would never all come together, but finally, finally I was at the airport, on the plane and settled into watching more films than I’d watched in the entire year to date. I was a bit hot and cold through the flight but put it down to the air con on board. Arrived in Singapore feeling spaced out and disorientated … but you know … jet lag and all that. Still feeling like I was on another planet, but embracing it, we set off to Laos the following morning … and finished the day with a beautiful sunset cruise on the Mekong river. 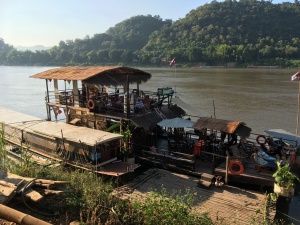 Followed by the first taste of amazing Lao Beer 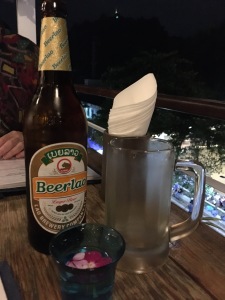 Woke the following morning with the cough from hell. But hey …. we’re on holiday. So off we went to explore the city and temples. It was a long climb to the top of Mount Phousi, but we were rewarded by this sight: 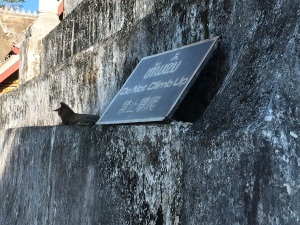 The world is an utterly fascinatingly varied place – so many different beliefs, traditions, ways of living out our lives. One thing is constant the world over … cats just don’t give a f@ck about the rules.

Annoyingly the virus got worse … and so did the news from home. Jango had initially been fairly compliant with taking his meds, but realising that mum was away longer than he was happy with, started to rebel. He’d been my main worry for the holiday – he’s elderly, possibly suffering some dementia, and a complete b@astard with anyone who isn’t me (and occasionally with someone who IS me!).  Without his painkillers he obviously got more uncomfortable and more grouchy and more difficult to medicate. I panicked and started googling flights home. Our lovely cat sitter stayed calm and came up with solutions. Jango was persuaded by tuna water and took his meds disolved in that. 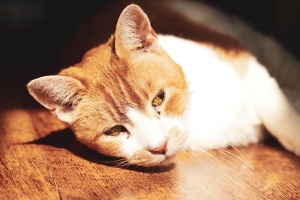 Once back in Singapore I stopped trying to be ok and just flopped. Not quite though, because late one night (early here in the UK), there was a post on a local (local to S8 that is)  facebook group about two small kittens found under a car not so far from our rescue. Several people tagged me personally, or mentioned 8 Lives as being the people to help. For security reasons we didn’t want to say we were on holiday, and of course wanted to help the kits, so went ahead as though we were round the corner rather than nearly 7,000 miles away and in another time zone. Jess our cat sitter offered to go and collect the kits and bring them here. We’d done our best to reduce the numbers of cats here so far as possible before the holiday … so at least we had space here for them. It was strange to see them for the first time, in my house, from so far away, on our webcam. 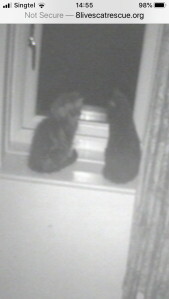 Sorry to grumble but I got more and more poorly through the holiday. I think I can honestly say that I don’t remember feeling more poorly in my entire life. That may be a memory issue … but I don’t think so. Nothing like two 8 hour flights home to help with a head cold / sinus infection.

I got home and immediately crashed on the bed. Jango emerged from his cave in the wardrobe for a cuddle. It was sooooooo good to see him. Then I realised I was seeing twice as much of his face on one side as the other.  Naturally I panicked.  Of course it was Sunday and vets were closed.   If I’d not been so poorly and taken time to read the note from the cat sitter I’d have read the legendary notice “Don’t Panic!”.   He’d had a swollen face on Friday night (early hours of Saturday morning in Singapore) and she’d managed to bundle him up in a towel and get him to the vets, who diagnosed an abscess. 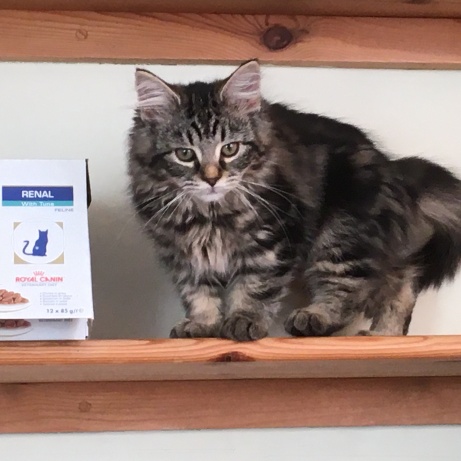 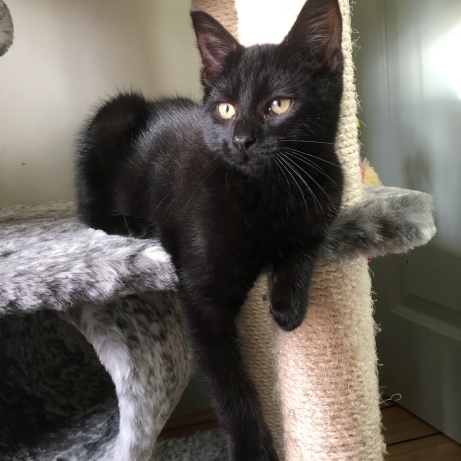 Cat sitter must have been counting the days and looking forward to signing off from this awkward squad … but was kind enough to continue coming in for a few days after I got home, until I was well enough to manage to care of them again.