Posted on March 20, 2016 by accidental fosterer

We’ve been a bit quiet online recently and there’s several reasons for that.

The black dog of depression has been snapping at my heels again as our elderly black cat Sooty is getting gradually more and more poorly.   We’ve also taken in some cats from very difficult situations that its not been appropriate to blog about.   Nevertheless there’s great news about rehomings; Kiri, Knut & Kitty, and Molly Mable have found lovely new homes. 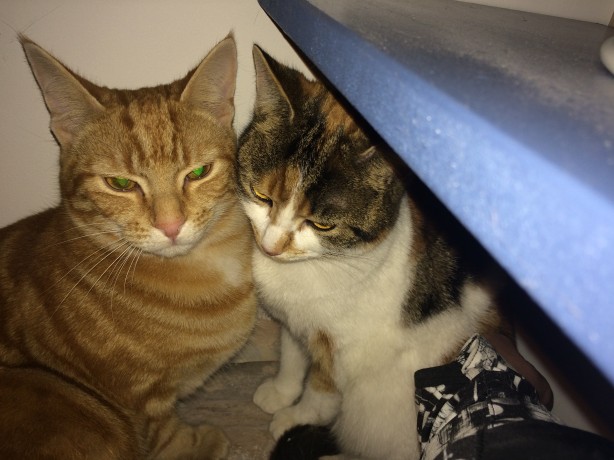 Two of the cats who came in from difficult circumstances Jinja & Jet have also found a lovely home, and we’re pending a very exciting announcement about the W kits.  ,,,,,,,,,,,  However its all overshadowed by our Sooty. 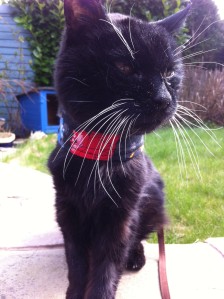 Sooty arrived with us just over 5 years ago, already in his teens, deaf and with thyroid issues.   For a while he did well on medication, but over the last couple of years its been a bit of a rollercoaster ….. and now I fear its stopped rolling and we’re just on a downward straight.    His kidneys are failing, and so is his appetite.   Always one to jump at the sound of the fridge door opening (despite being deaf) it’s become hard to interest him in food and he’s losing weight rapidly.   The logical part of me says he’s an old cat who hasn’t been well for a long time.  He’d never have survived this last 5 years if he hadn’t come into rescue.  He’s had a lovely life here, spoiled to pieces, top cat, but they can’t live forever.   The other part of me is going through hell trying to do everything I can for him, hardly able to leave him for 5 minutes, probably annoying the crap out of him asking him all the time if he wants anything.

Thankfully if I look at it objectively, I think I’m probably in more distress than he is.  He potters from his seat in the chair next to me, to his litter tray, to his water fountain, and back. He’s had a few little walks in the garden with his butterfly jacket and is regularly offered tasty morsels from supermarket aisles that veggies rarely visit.  This evening was my first (reluctant) encounter with “pulled pork” … but he’s had a mouthful or two and clearly enjoyed it.

He’s still purring.  I try to not cry too much in front of him.