Stretching into the new year

Posted on January 7, 2017 by accidental fosterer

We were lucky enough to find Mike & Milo and Ivy & Robyn new homes immediately after Xmas … well we found the homes before Xmas but they didn’t go until after all the upheaval of festivities was over.  I’ve always liked to see myself as someone who doesn’t stereotype according to gender.   However, the two girls climbed out of their carriers and immediately set about chewing the house plants … and then disappearing behind / under the kitchen units …. and then switched their interest to the Xmas tree.   Milo & Mike on the other hand, came out their carriers, had a potter around, found the food, and then a comfy spot to snuggle down and snooze.

By the time it came to photos they all look innocent as doves, and all of them very happy in their new homes.

Rob & Ivy leaving meant that Tomte could move upstairs into their bedroom rather than being stuck in a crate in the conservatory. That was the start of him settling and feeling much happier.

Once he could stretch his legs he made it clear that his main interest was having cuddles. He was a big hit with the vet nurses when he went to be neutered ….. and loved having them all doting on him.

Once the lads had gone Daisy Mae was able to come out of her crate and have the back bedroom to herself.   So she’s also stopped hissing and grumbling about “the youth of today”.     She’s  shown herself to be an adorable little cat too  …  still very playful … she’s only 8! (despite her having been under threat of PTS because she was ‘old’ and homeless)  …….  and loving cuddles. 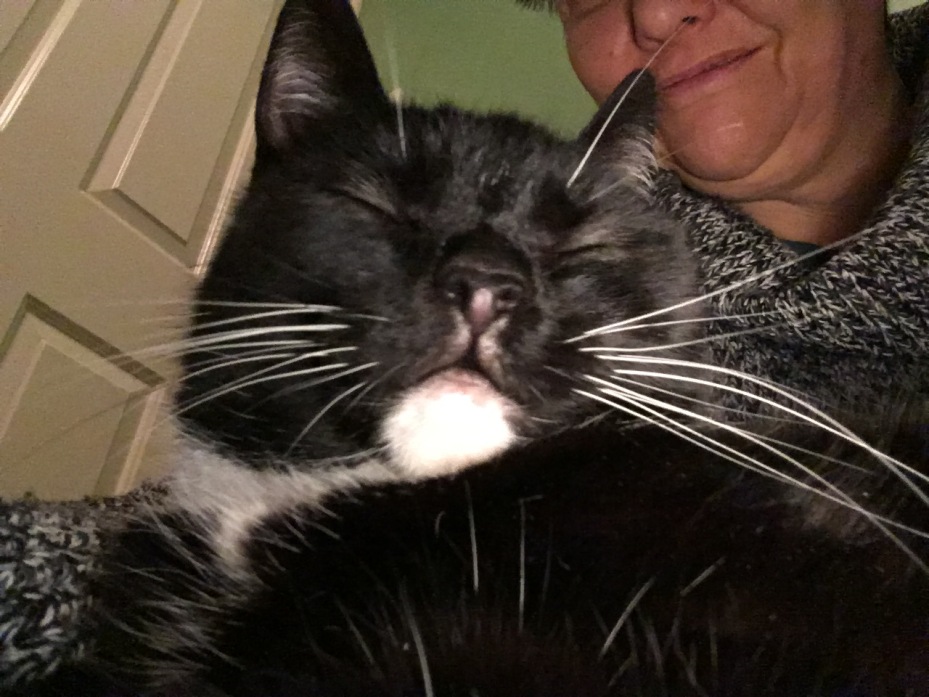 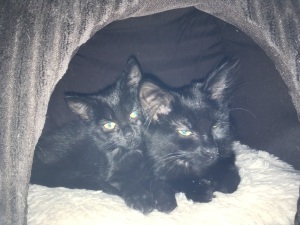